The Importance of Resonance and Frequency in the Old World

Last week we talked about how many different cultures placed a high value on astronomical events and heavenly bodies. Orion was very important as well as the Summer and Winter solstices. We have also discussed previously on this blog that the types of stone used to build many of these ancient structures had a high quartz content. Quartz has many properties that makes it semi valuable. It is used today in many electronics, is known to be able to store vast amounts of data and will chime like a bell if the properties of the stone are just right.

But first, let's talk briefly about harmonic resonance. A great example of this can be easily demonstrated on a guitar in perfect tune. If you strike only the low "E" string on a guitar and leave the other strings uncovered, the high "E" string will begin to reverberate on its own. I enjoy singing and on occasion am able to join choirs. When singing a duet or in a quartet, I have on occasion experienced harmonic resonance where two voices are singing but a third note can be heard!

Interestingly enough, sound played a very important role in the ancient structures that our ancestors built. Those tourists lucky enough to be allowed entry to the pyramids, can find out first hand. Many chant or sing inside the pyramids and are amazed at the acoustics. For those of you who routinely perform, you can well understand what I'm talking about here. For those not musically inclined, let me explain: Not all rooms are created equal where sound is concerned. That's why recording artists sing inside a studio designed specifically to produce the best sound quality for the recording. Some buildings are designed with this in mind. For example, many congregations hire companies to analyze new church building designs and make recommendations to improve the sound quality before the construction begins. Those who skip this important step often find out the hard way just how important it was. I have spoken in a business conference room once to a crowd of around 150, only to find out that in the center of the room the sound just disappeared. I can be quite loud and know how to project my voice, but even I could not be heard without using the PA system... and the room was not that big.

There are many examples of outdoor amphitheaters built in antiquity where the acoustics were so good that the performers could be heard all over even if they were talking softly. Sometimes even if they're whispering! So, how come our modern arenas all need massive PA systems with hundreds of speakers? Because we have forgotten the basics of sound and rely more on technology to overcome our building deficiencies. Some surfaces reflect better than others, and guess what works best: hard stone.

Were you aware that sound has shape? Different frequencies have different shapes, as can be seen in this YouTube video below. As the frequency increases, the salt forms new shapes. The higher the frequency, the more complex the shapes.

We can only go so far with this, as the size of the grains of salt become too big to reproduce the shapes. This totally amazes me! When I saw this I immediately thought of the cattle kraals that Michael Tellinger talks about in South Africa. Can these be a larger scale version of the video above? What would these have been used for? What would have generated the frequencies? Who built this and how did they use it?  Where did they control it from? 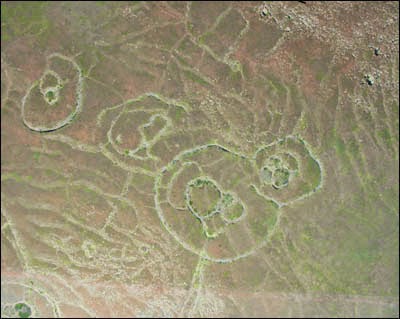 We can only speculate the original use, but I find it really difficult to believe that these could have been cattle pens. First, the walls are 8-12 feet tall when all the sediment has been excavated, and there are no doorways. Also, they are made mostly of stones that chime like a bell when struck. If these are perfectly tuned, I wonder what harmonic resonance would ring out and what would it do? I believe the people who built this were masters of sound, well beyond anything we can imagine.

We know that today's scientists can use sound to levitate small items like balls. By changing the frequencies they can rotate the balls, make them stop, or increase the speed at which they spin.

I have seen, heard and talked to many ancient alien theorists who at this point will insist that there is no way that humanity could have ever created things like this in antiquity. This is where I ask "Why not?" I think this mentality sells humanity short. In our arrogance, we completely discount the possibility that our ancestors could have been more advanced than we are even today. Is it more believable to you that aliens from another planet built the Great Pyramid of Giza and various other sites around the world, or just maybe we are the aliens?

I am not a scientist, and I have no idea the full implication of any of these findings. However, this is where my imagination went wild and a very rich story began to develop. My SciFi series, "Harmonic Wars" is about a highly advanced civilization that went to war for control of this galaxy. It is an epic story of good versus evil thousands of years in the making, and using several ancient sites as focal points. The Great Pyramid of Giza, Stonehenge, Puma Punku, Machu Picchu, Gobekli Tepe, and the Avenue of the Dead are just some of the places that I use. I believe these sites are all somehow connected. Have you ever considered the implications of "Ley Lines" and the locations of convergences? In the map below, we see that the Great Pyramid is at a major convergence. That also happens to be the 31st Longitude line. Interesting, huh? 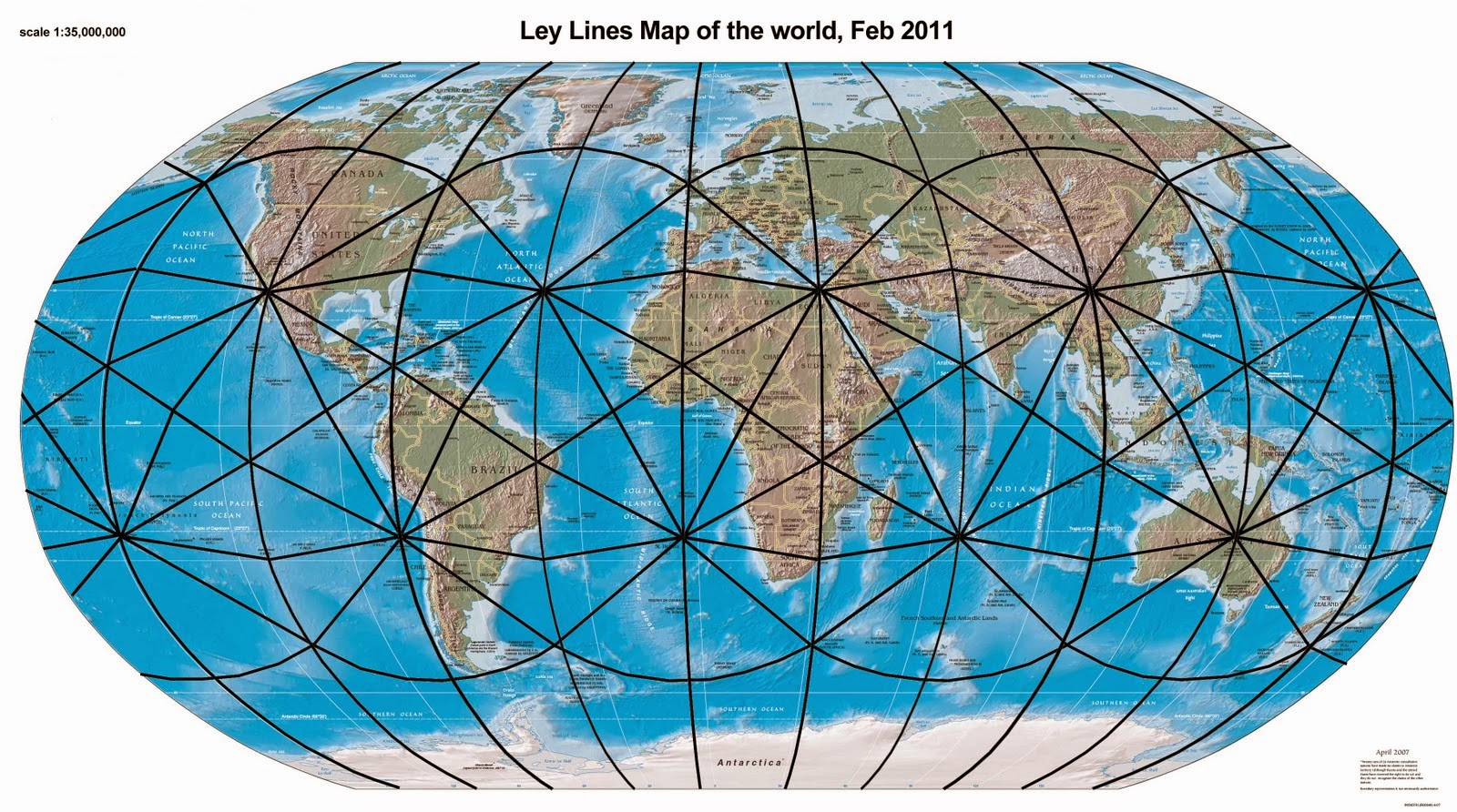 One of these days we may well find some answers to these questions. Somewhere along these ley lines we may find another pyramid (like in China), or possibly the fabled continent of Atlantis. But until then, I'm just going to let my imagination run wild and try to create the best story I can.

So, what could a civilization with advanced knowledge of resonance, frequency and amplitude accomplish? Levitate large stones? I don't see why not. If you could control things like resonance and vibration at a subatomic level, what more could you do? Heat up objects? Freeze them? Change the state of matter? Again, I don't see why not. All objects around us vibrate because nothing is truly still. Electrons orbit around the nucleus of an atom, so what happens if you speed up or slow down these rotations? Could you create new substances?

I think the applications are endless. What do you think? Until next time, take care!