Did astronomical bodies impact the placement of ancient structures? 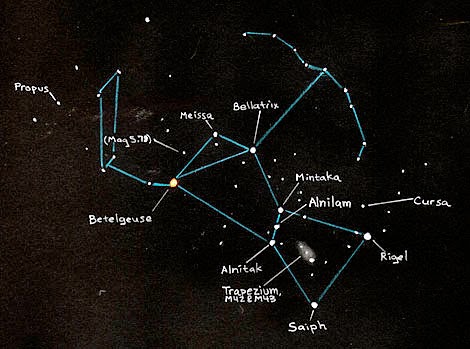 I love looking up in the night sky to see all the stars. It makes me dream of all the wonders we might discover out there. Why would our ancestors be any less in awe? If they lived in a society without electricity, what else was there to do at night? The constellation Orion is so prominent in the sky that it's not surprising that many ancient cultures would have emulated this iconic feature in the night sky. I know it is always the easiest constellation that I can find, and there is something about it that draws me to it. So how many ancient societies built structures and communities in tribute to this astronomical feature? Lets take quick look at a few and I'll wrap up by explaining how this relates to my SciFi series "Harmonic Wars" that many of you know I've been writing for some time now. It's nearly finished ... honestly! :-)

How much DID astronomical bodies impact our ancestors as they built the various structures around the world? It's well known that the pyramids of the Giza plateau are placed in alignment with stars in Orion's belt. What may not be well known is that astronomers have questioned the date that Egyptologists and academia say the great Pyramid was built because the alignments of the stars in this configuration was not how they looked 4,500 years ago.  The stars would have been in a straight line. In fact, you would have to go back around 10,500 years to find the stars in today's configuration. Whenever the pyramids were constructed, they obviously were placed to represent Orion's belt. 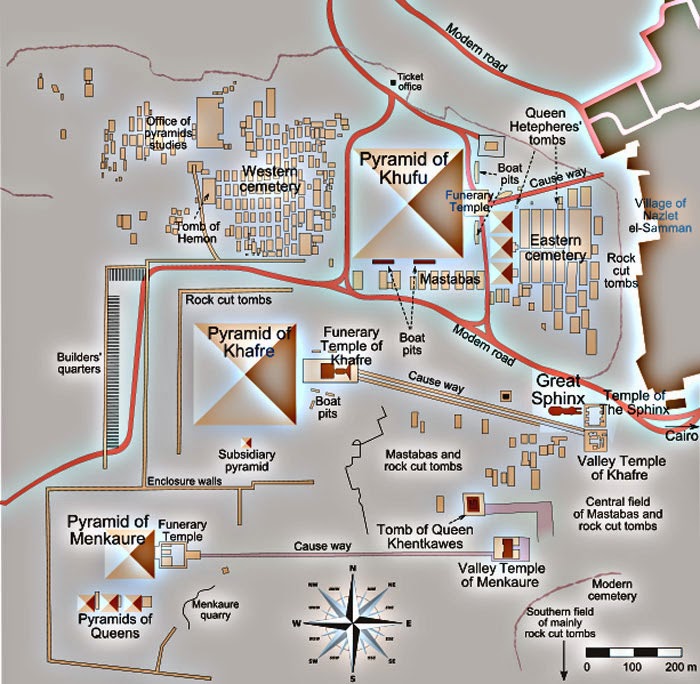 How many other cultures also built to honor the Orion constellation? There are several, but we'll talk about a couple of them. The North American Hopi Indians of Arizona, not only built their villages in line with the stars of Orion's belt, they reconstructed the entire constellation! The amazing part is that this "primitive" culture was able to place their villagers so that they were VERY close to the same distances relationally as they appear in the sky. I find it interesting that they placed the head toward the south instead of north. I wonder if that is because of the landscape? This may have been the only way they could have fit the representation of the constellation into their lands. 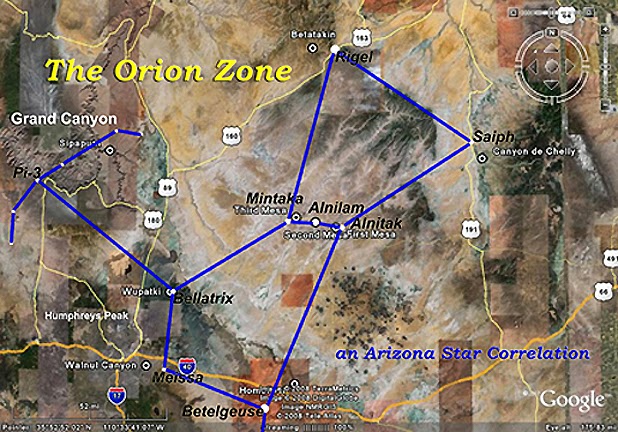 Further south in ancient Teotihuacan, Mexico the Avenue of the Dead is found in the same configuration. But some researchers theorize that this site is much more complex. I watched a television show that showed not only were these structures in line with Orion, but placing the Pyramid of the Sun in the center, they could trace outward to the correct relational distances and find each of our planets in the solar system represented by various structures. Meanwhile in Europe the "civilized society" still believed firmly that the Earth was the center of the universe and everything revolved around us. 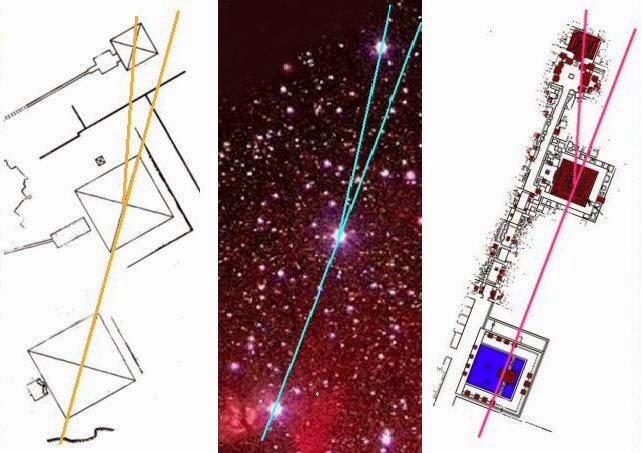 This show theorized that the same could be said at Stonehenge in Great Britain. But try as I may, I don't see it and think it's more wishful thinking. I know that some people will find visions of things in tea leaves, bread, clouds, etc. It could all just be a strange coincidence, or wishful thinking, but some of this I just find too much of a stretch. However, what is well documented is the alignment to the rising of the sun on both the summer and winter solstices in Stonehenge. There are countless stonehenges around the world and other stone buildings that mark these important events. 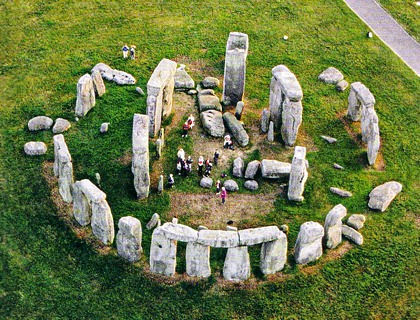 Adam's Calendar in South Africa, is also believed to have marked the solstice dates as well. Michael Tellinger has some fascinating work on this location, and we talked about it in my last post.  Among all of the sites that I mentioned above, the Avenue of the Dead is the only one that does not use a majority of stones with a high quartz content. It is believed that the pyramids in Central and South America are mostly constructed of rubble. But there are many startling similarities between the Pyramid of the Sun and the Great Pyramid of Giza. First, the bases of both are nearly identical in size, even though the Pyramid of the Sun is nearly half as high as the original height of the Great Pyramid. I don't know if that's significant, but it's almost as though its the little brother of Giza. Second, they both are built over a series of caves. The Great Pyramid actually rests over an aquifer.  And of course, they both represent stars in Orion's belt. However, the Great Pyramid is vastly different in construction materials and methods. Engineers, like Christopher Dunn and others, have theories that the Great Pyramid could once have been a power plant of some sort, due to the massive amount of engineering found within its basic construction. The theories range from emitting microwave energy to being a plutonium mill. 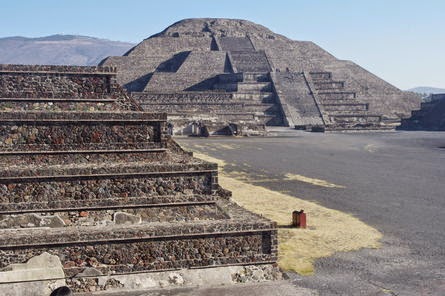 I think there is another possibility that should be considered. Nikola Tesla and the Wardenclyffe tower, that he was never able to complete, had also been constructed over an aquifer. The plan was to transmit electricity wirelessly and give it away for free. When J.P. Morgan realized that he was not going to make huge profits by charging people for electricity, he stopped all funding and the tower was destroyed. I think in order to get a more clear picture of what the Great Pyramid was, we need to have a better understanding of the works of Nikola Tesla. This will be very difficult to do because the US government confiscated all the writings and diagrams from Tesla's final residence after he died. They haven't been seen by mainstream scientists since. I wonder what humanity has lost because of the greed that keeps this all this in secrecy.


At first glance, many people would discount the Avenue of the Dead as being related to the Giza power plant theory because the materials used might not be able to conduct electricity. I think they would be wrong though. The very avenue that connects each of the structures is lined with a formica silicate that reportedly WOULD be a conductor of electricity. So look at the picture below and try to think in terms of current day technology, but only on a much larger scale. At the risk of "seeing what I want to see" I still see a representation of a huge computer circuit board. 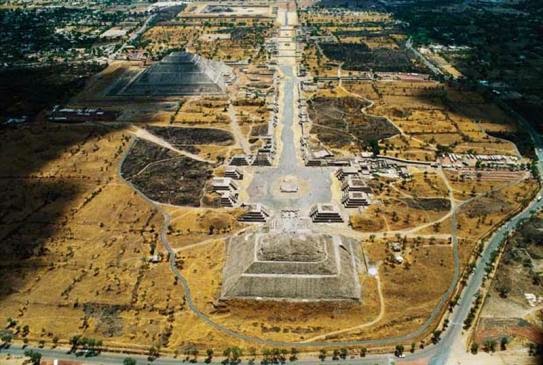 So what does any of this have to do with my book? I believe there is much more to the ancient structures our ancestors built. If they were developed to channel Earth's natural energy, can you imagine the massive amounts of energy they may have channeled? Lightening strikes the ground everyday all around the world, and those massive amounts of electricity are transmitting through the minerals and water underground. Tesla proved that by transmitting energy from a generator into the ground and then was able to place light bulbs as far away as a couple of miles and still have them illuminate. I look at the picture and imagine electricity flowing all around and wonder what fantastic things they might have been able to accomplish. Suddenly, things like the massive obelisks in Egypt now make sense as lightening rods which are connected to a giant network that drew energy and focused it so they could somehow use it. I saw all this and had no idea how any of this could be possible, but then that's where my imagination took off and I filled in the blanks, and began to create a rich storyline about an ancient society that used a wireless energy technology. They were masters of sound and were much more highly advanced than even we are today.

In my opinion, our ancestors in many places were impacted by what they saw in the night sky, and they honored those heavenly bodies by building structures to emulate them. Ancient Alien theorists will tell you that's because we HAD to have come from here, or that alien races from those galaxies and had landed here and were worshiped by our ancestors. I think either theory is possible, but that the ancient aliens theory is just less likely. Like I said, Orion is very prominent and it still draws my attention. Why would our ancestors be any different?

In my next post, I'll be talking about things like frequency and vibration, and how different things might be for a society who were masters of sound. Until then, take care!
Posted by DB Stearns at 6:39 AM