Chapter One: Another Sneak Peek from Guardians of the Crystal Skulls!

And the saga continues!
~D.B. Stearns

Chapter One
EACH GENERATION OF civilized societies look back on their accomplishments and proudly proclaim that they are the most advanced civilization to date. They look back arrogantly on the previous civilizations as primitive and ignorant, which is based on the accepted historical accounts in spite of the mounds of evidence that continues to pile up through new archaeological findings. 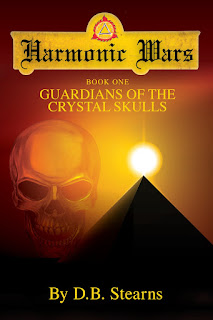