This past Halloween weekend we spent at Wizard World Comic Con talking all things Harmonic Wars. What an amazing event! Here are some of the videos and pictures from the weekend. My good childhood friends Gary Bopp and his wife Kristi Kennedy came out and helped me promote "Guardians of the Crystal Skulls" while they did some cosplay as "Gamora" and "The Winter Soldier." Gary had a Halloween basket made out of the head of Captain America ... it was awesome! 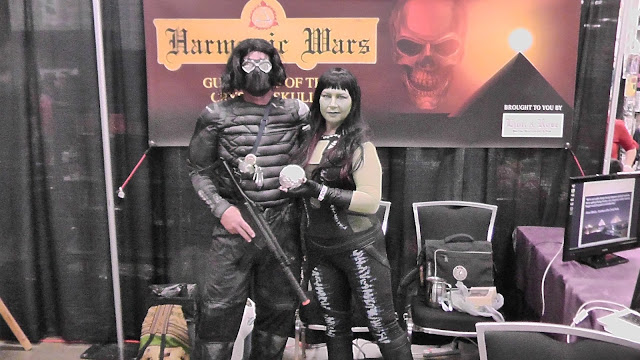 I shot several videos as well, and I will share them too. I think every time I picked up my camcorder the cosplayers all ran. Then I would set it down to talk to a potential customer about Harmonic Wars and the aisle was FLOWING with cosplayers. Talk about bad luck, huh? Oh well, I still had fun. 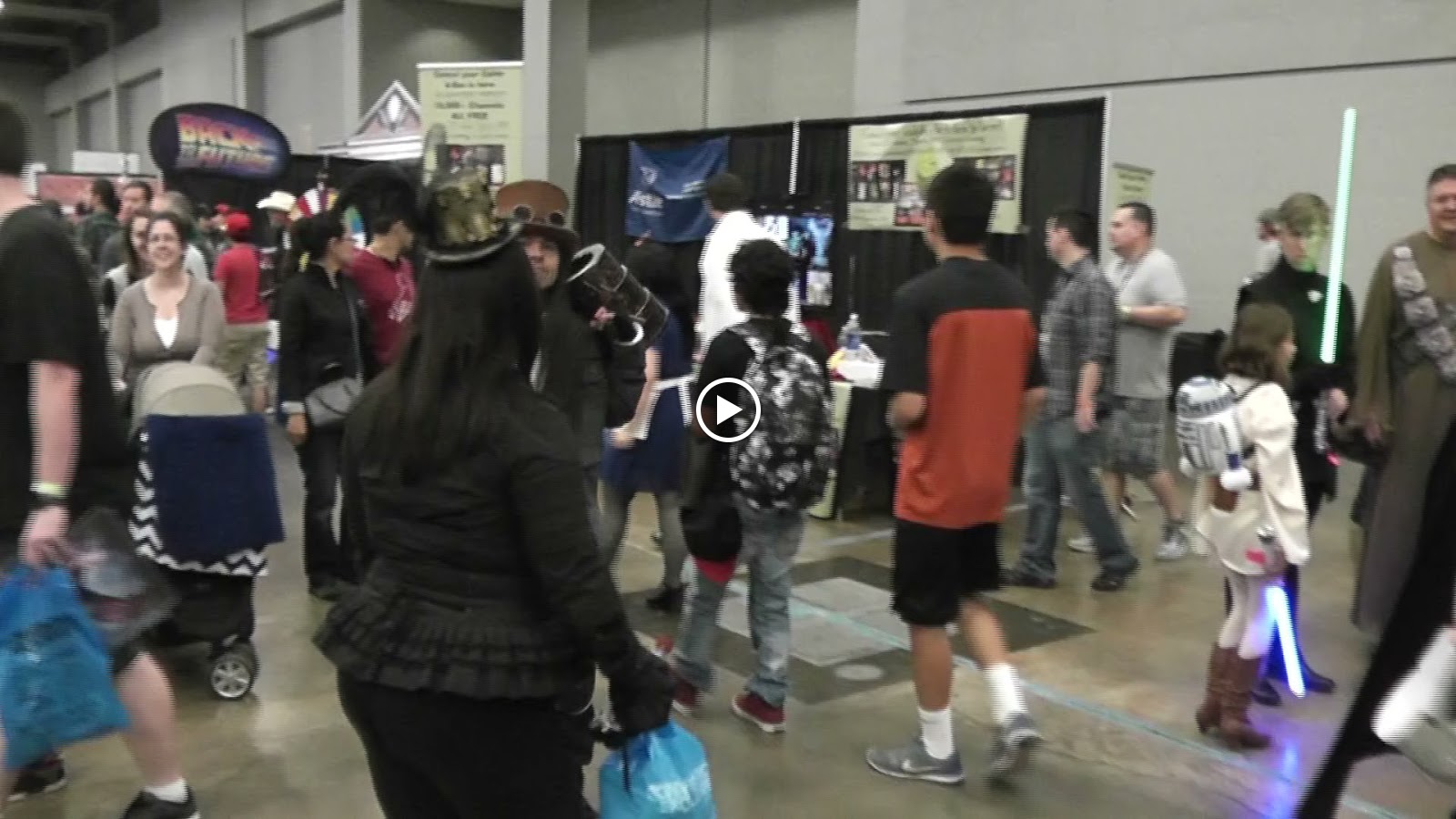 Here are some more short videos from Wizard World. 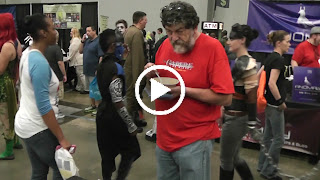 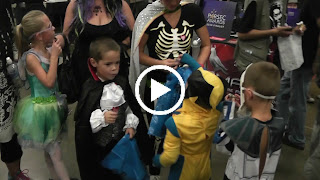 These two people in my opinion were the best dressed unique cosplayers. 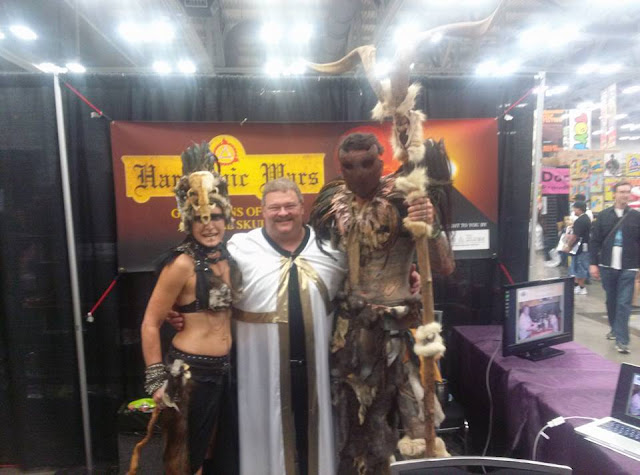 I loved the throw back to the Matrix. 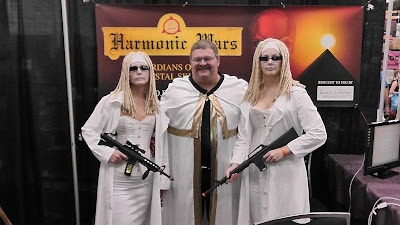 There were so many Star Wars cosplayers that it was impossible to find the best. My neighbors at Wizard World were all dressed up as Trekkies on day one, then Star Wars on day two. You can see several members of the cast of Anomaly Podcast at the end of this video. 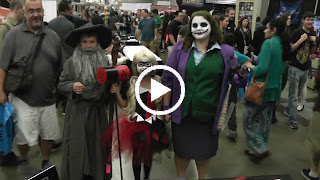 Several players from the new Star Wars were in force at this Comic Con. She had her thermo-nuclear detonator! It was chaos when they went across the aisle with the Jedi cast members of Anomaly Podcast. We tried to get some pictures, but it was too over crowded for any good shots. Sigh. 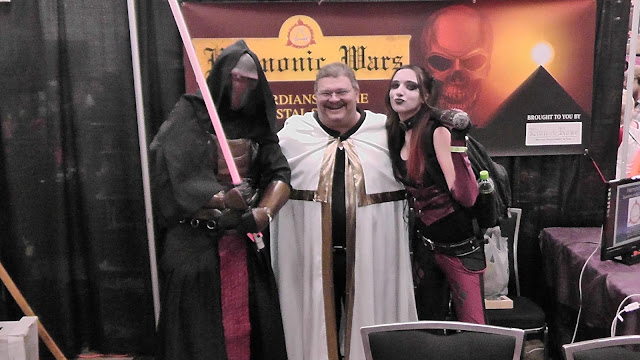 And what is Wizard World without The Incredibles? 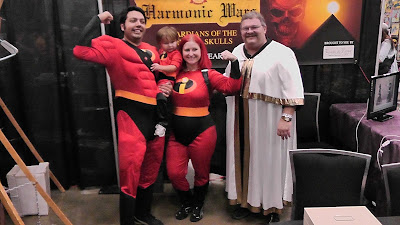 There were many cosplayers and Trick-or-Treaters throughout the weekend, and we gave out lots of candy to many well dressed kids and adults alike. 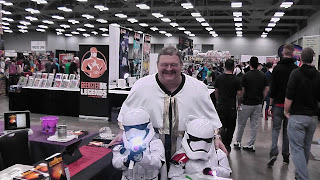 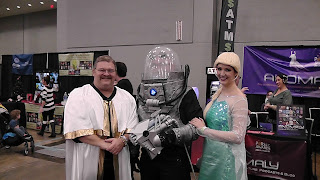 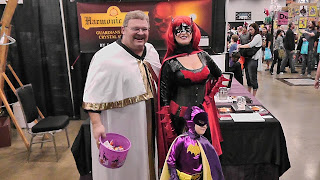 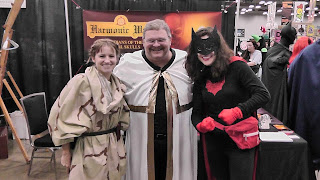 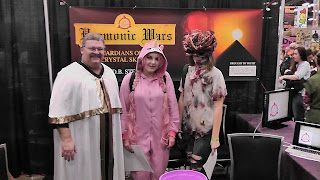 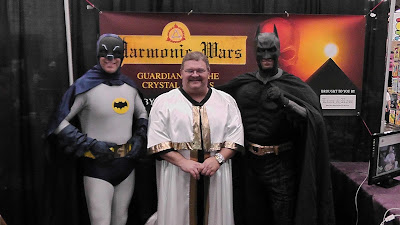 I found these two hanging around together. Loved the idea that two friends went as retro and modern Batman together. There were many people dressed as both Batman and Superman. It makes me wonder why they haven't thought to make a movie of the two? They could even have them battle each other! Wouldn't that be cool?  ;-)


This Green Arrow was the best of several that we saw. 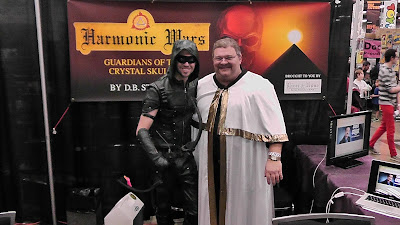 We really enjoyed the variety and the great creativity of the costumes we saw. Here are several that we liked: 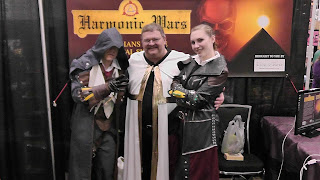 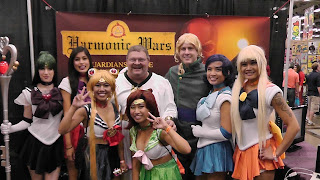 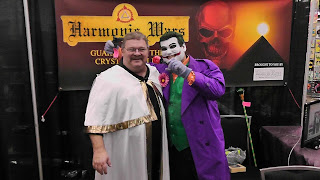 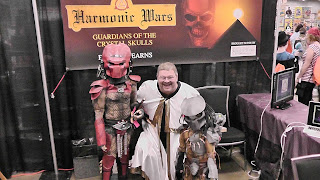 And Leeloo had her Multipass in her hand! Cracked me up! I love original movies like this. 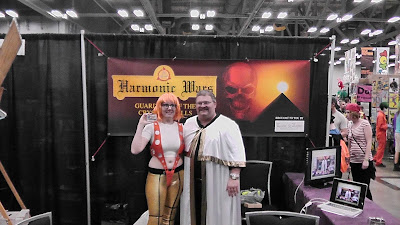 There were a great many women who went as "Poison Ivy" but only some of them wore enough to modestly cover many key areas on their bodies. My nephew had a great time looking at those examples, I'm sure! I prefer the ones who were so much more creative than the young female who was dressed in cellophane and nothing else. I guess there's one in every crowd, and there were several in this crowd. Still, it could have been much worse. 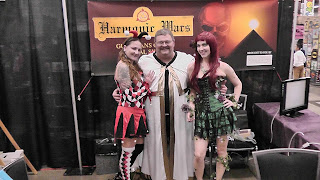 We made some great new friends, great business contacts, and had a great time. Harmonic Wars is currently sold out at Amazon, but the next print is coming out very soon to honor all back order requests. It is also available at Kindle, iBooks and Nook. Check out the book! It is an epic struggle of good vs evil, with action, battles, romance and a dash of humor thrown in for good measure. See ya soon!